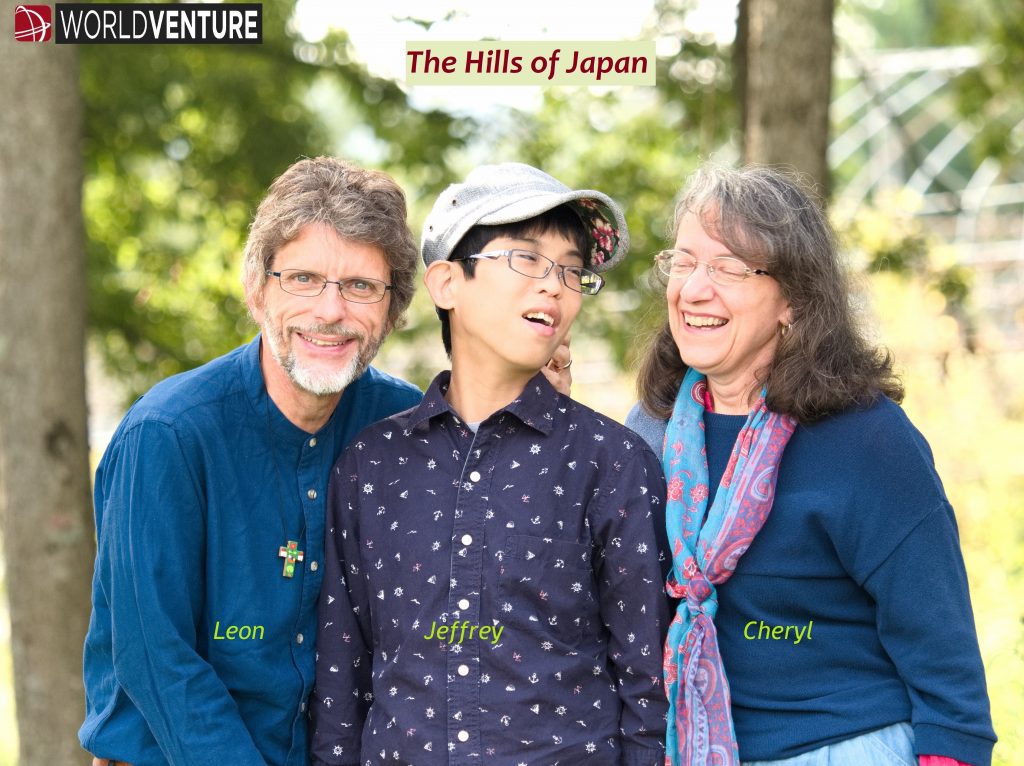 I’m sitting here struggling with how to tell this story. For some reason this has been an abnormally difficult thing to write about for me. I’ve written the first paragraph multiple times and every time found myself frustrated with the way I’m conveying my thoughts. For some reason there seems to be a block between what my brain is thinking and what I want to convey to the outer world. The amount of frustration building within me over the past few days has at times seemed overwhelming. I know the importance of what I want to say, and I know the lengths I would go to for just one person to not only read but truly understand my message. Yet I sit here continually typing the same paragraph, reading it, realizing no one will grasp my intent, and deleting the narrative. I just told my wife that I feel like I don’t have the usual inspiration needed to write this article, and nearly got up again from the laptop defeated.

Autism is a form of disability that causes an individual to function in ways that we would often classify as abnormal or maybe even irrational at times. It can affect a person’s communication abilities, their learning abilities, or even their ability to interact socially. Often a severely autistic person can come across as unintelligent, distracted, or even have physical manifestations such as twitching and repetitive movements. It can be difficult for someone like

me to relate to anyone with autism, because physically we can appear so different within the parameters of this world’s cultures. In fact, I’m not sure I’ve ever understood what it must be like to be impacted by such a disability until right now. As I tried over and over to write the first paragraph, I grew more and more frustrated because what I was thinking was quite simple, yet I could not convey the message. Maybe this is God’s way of finally helping me understand what’s happening in the mind of one of our ministry partners.

When I was a freshman in high school, I went to Japan on a mission trip with my youth pastor George Hill. His brother Leon and sister-in-law Cheryl were missionaries who had been serving there for quite some time already. They had completely grafted themselves into Japanese culture, which can be a difficult thing in a culture that covets tight-knit family dynamics. When I first met them, they were well into their journey of mission work, and they had even adopted two Japanese children. At first appearance one of those children, Jeffrey, appeared to be very different from myself. Jeffrey has autism and it affects his ability to communicate with people around him. As a parent, it seemed during his early years that Jeffrey

may not even possess the ability to learn. When I met him, he was regularly animated and communicated through loud noises and what seemingly wild gestures. For perspective, as an immature young man I thought Jeffrey must be much younger than myself just because of what I saw and what my experience told me about a person who acted the way he did. Later I learned that Jeffrey is older than me. In many ways I would also say his maturity dwarfs my own.

I’ve met Leon and Cheryl many times over the years and yet it was this month that I think I finally came to a true understanding of what their ministry is and how it developed. Over time the Hills recognized that their son, whom many would write off as unintelligent, was quite thoughtful. At one point it became clear to them that Jeffrey was reading. Through his reading he was taking in and storing vast amounts of information. However, because he couldn’t communicate that information back through traditional methods it was easy to think he simply wasn’t able to think like we think. They learned over time though that Jeffrey’s ability to take in information was exceptionally high. Something was blocking him from being able to relay it back. Jeffrey had a disability, but he also had magnificent gifts.

Leon and Cheryl had to grow dramatically spiritually through raising a child with autism. They learned a lot about themselves and they learned even more about what the culture around them offered for families with intellectual disabilities. In attending different groups publicly that had other families with children with these issues they started to discover that this culture did not do much to support these kids. Japan is a private culture. Anything that could bring some type of ‘shame’ on the family is often swept under the rug and never talked about. The culture thrives on the idea that an individual is responsible for adding to family’s good name rather than doing anything that could detract from their honor. In doing so, families with children with developmental issues often feel alone and powerless. The door began to open for a ministry opportunity. 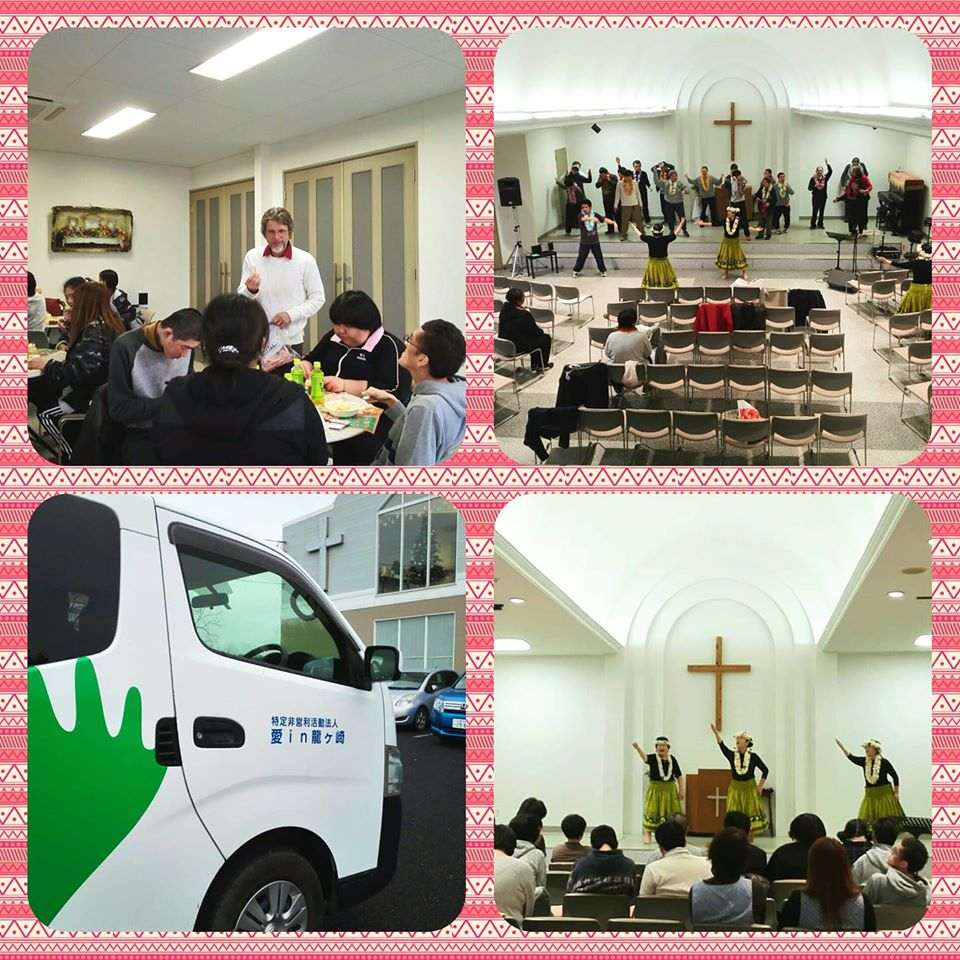 Today the Hills work largely with families that have intellectual disabilities. Through attending groups that were designed to help their own family, they found that God had them right where they needed to be for His purposes. Through the relationships that they are developing with these families, they are consistently able to show and share Christ to a people group that is slightly marginalized in their own culture. Their love for and understanding of their son has opened countless doors to other families. Sometimes we think that in order to be a warrior for Christ or a missionary we must go above and beyond and do the miraculous. However, one of the stories Leon told me was that he went to one of the events that this group was holding and simply acted as interference between their children and other children at the swimming pool they were at. He simply stood in the middle between another group of kids who

were mocking the children with disabilities and deflected their immature cruelty. The other parents took notice of this because they often felt like people wouldn’t take a stance for their kids.

Through this process Cheryl brought up the difficulty of sharing Christ with people and not knowing what it looks like when God saves someone. The people that she gets to meet with today frequently don’t communicate, and it can become easy to think that God can’t save someone because our examples of a person accepting Christ’s grace are verbal. We’ve sat with people before as they prayed for God to enter their life and forgive them of their sins. However, for someone like me who has roots in being a Baptist with a wife who grew up Catholic we know that it’s all about physically saying that prayer. Without that action, can a person even be saved? Yet, Cheryl has sat with people who have come into the presence of Christ and they were changed. That truly is what faith in Christ should look like. One such young lady became animated and joyful through music and she experienced worship and dynamic change even in her physical manifestations in that moment. Cheryl has no way of knowing what happened in this young woman’s heart, but isn’t that what a real encounter with Christ should make us all do?

Throughout this article I have often referred to Jeffrey in a way that makes it seem like he’s simply there with Leon and Cheryl and because of his disability they are doing great work. I want you to know that this wasn’t by accident. This is often how the world sees Jeffrey, I think. Even people in the church and supporters of Leon and Cheryl see Jeffrey and say things like, “what a great testimony he is for the Hills.” That is a mistake. When I think of what friends and family in my life are going through, I often try to think of them as if I’m in their shoes. I think of them through first person perspective. However, when someone is different or acts in a way that we don’t fully understand I think we tend to stop doing that and only view them from third person perspective. When many of us look at Jeffrey we have viewed him in a vein like how I have portrayed him in this article. He’s there, he’s important, but we don’t truly try to put ourselves in his shoes and think like him.

When I was trying to write this article tonight and struggling with how to present the Hills’ ministry, I finally experienced what it must be like for Jeffrey. I was able to put myself in his perspective. I had so much I wanted to say, and the message was so simple, but I could not communicate it. This must be what it is like for him every single day of his life. The amount of knowledge in his brain is abundant, his thoughts are dynamic, and his emotions are real, yet something is blocking his neural pathways that allow him to share those thoughts in traditional ways. The tension and frustration that he must feel daily finally felt real and palpable to me personally. I’m not claiming that I fully understand what it is like to be autistic from this one moment, but I realized for the first time that I had never truly put myself into the point of view of someone with a disability like that. How could I have ever hoped to have a real relationship with anyone in this group of people if I’m only seeing their story from the outside looking in.

Jeffrey doesn’t see himself from the outside looking in. Don’t believe me? He’s going to finish this article by letting you hear the depth of his own thoughts from his blog this month:

The last couple of weeks have been hard for me. A dear friend has been diagnosed with cancer and entered hospice care. I have prayed for his healing for years as he is also disabled. From a human standpoint this stinks! Big time! I have had so many emotions pouring through my heart. I want to scream at the enormity of this situation. It seems more than he could bear. More than his parents and family can bear. More than I can bear! But then I must pull back and look at a more eternal viewpoint. No one can bear this. None of us can do this. God is not asking me to bear it. God is asking me to trust Him to bear it for me. He is ready to take this burden. He sends friends to pray with me in my grief and pain. He sent me a special cousin to share the burden, to understand.

But even more God is reminding me real, complete healing for my friend is near. I did not think it would come like this, but God is answering my prayer. For when my friend takes his last breath here, his next breath will be his first breath as a completely healed man. No pain, no disability. Complete healing.

So Lord, help me keep Your perspective, and anticipate seeing my friend at the Throne someday! – Jeffrey Hill 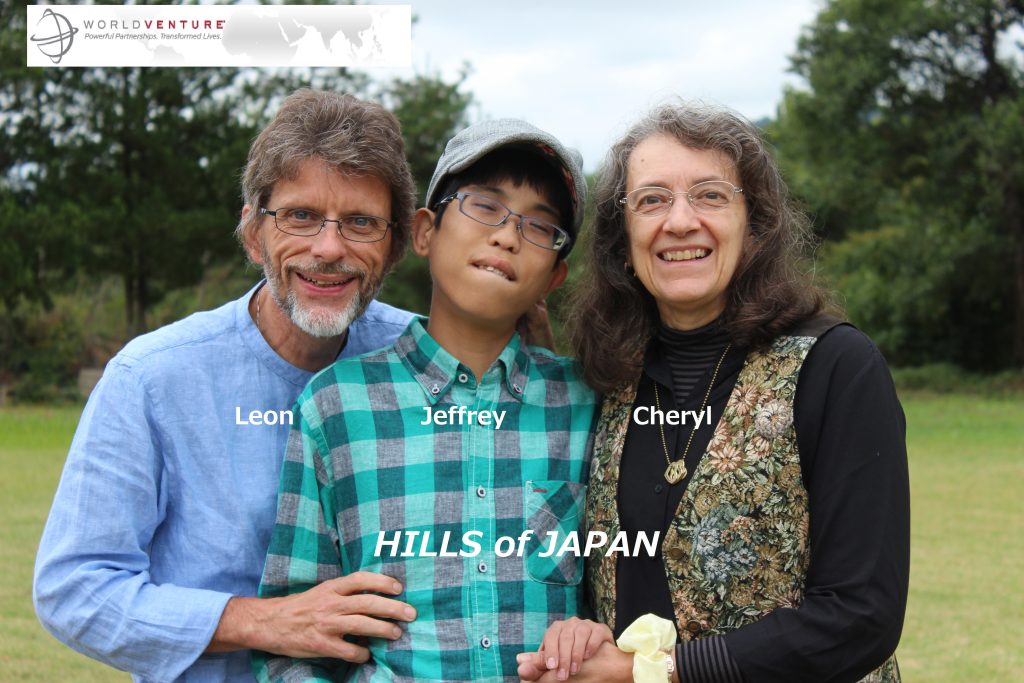 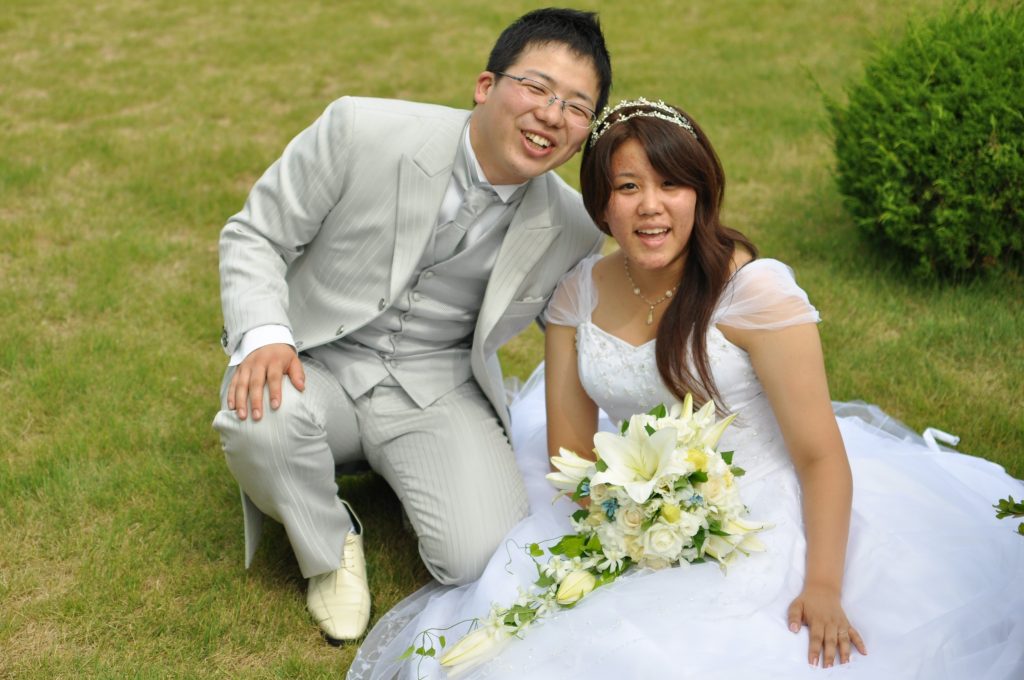 Leon, Cheryl, Jeffrey, Abby, and Naoaki can be reached easily through Facebook just search Leon-Cheryl Hill. You can also give directly to them and their ministry at World Venture, just select the “Give Now” tab, then “Search Workers and Funds”, and search for the Hills. You can also use this link : https://give.worldventure.com/partner/PartnerCommunity#/donate/a5OF00000004J3xMAE